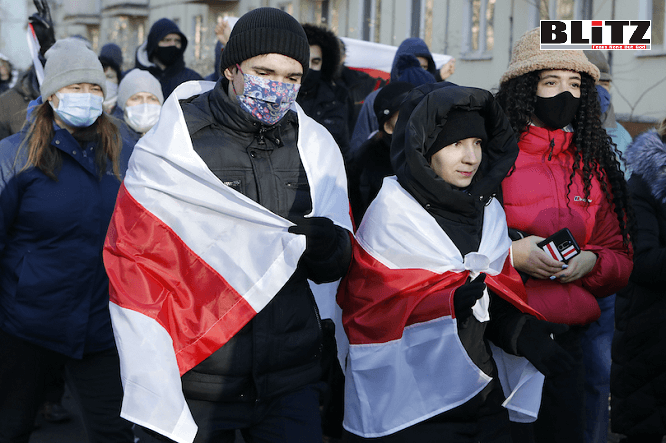 After nearly 450 press freedom violations registered in Belarus in the past four months, Reporters Without Borders (RSF) is recommending 15 ways to end what is an unprecedented crackdown on the media in a European country.

Belarus has confirmed its status as Europe’s most dangerous country for journalists. Around 370 have been arrested since 9 August just for doing their job and eight are still being held. As the data gathered by RSF and its local partner, the Belarusian Association of Journalists (BAJ), shows, the police deliberately use violence against reporters covering demonstrations with the clear aim of gagging the media and making the protests “disappear.”

Press freedom violations have been registered since the start of the Belarusian presidential election campaign on 8 May, but the number has soared since the day after the election, held on 9 August. Violations have quadrupled in the past four months. The authorities have imposed an increasingly hostile climate in which they have not only arrested many journalists arbitrarily, but also carried out searches, withdrawn accreditations massively, censored and disconnected the Internet, and hampered the printing and distribution of newspapers.

Of nearly 370 arrests of journalists between 9 August and 30 November, around 80 have resulted in a prison sentence. The authorities deny journalists the right to cover the events that have shaken the country for the past four months. In almost all the prosecutions, the journalists have been accused of “participating in an illegal demonstration” or “disobeying the police” in an unfair trial with often anonymous or absent prosecution “witnesses.”

Arrests have led with increasing frequency to conviction and imprisonment. More than a third of all cases of journalists being jailed took place in November. In August, fewer than 10% of arrested journalists were jailed, but the proportion has increased to nearly one out of every two journalists arrested in November.

The length of time that journalists are detained in Belarus has grown steadily since the presidential election. Sentences keep on getting harsher. In August, a journalist was sentenced to an average of five days in prison. Now the average is 13 days. In another sign of a much more draconian policy, at least seven journalists have been subjected to criminal prosecutions (or under investigation and threatened with such prosecutions) involving the possibility of sentences of several years in prison.

At least 62 journalists have been victims of violence, mistreatment or even torture while detained, according to the BAJ. They include Ruslan Kulevich of Hrodna.life, who was violently arrested in the western city of Hrodna on 11 August and was threatened with being killed although he was wearing a “press” vest. When released two days later, he was hospitalized with fractures to both forearms and concussion caused by the blows he received while held, and he was denied food and medical attention. Despite clear evidence of violence, no investigation was carried out and no one was punished. Police and prison guards act with complete impunity in Hrodna, as elsewhere in Belarus.

In order to end the crackdown and establish new bases for press freedom in Belarus, RSF is addressing 15 recommendations to the Belarusian authorities and international bodies. They include a request to the European Union to freeze all financial assistance to Belarus for as long as it continues to flout human rights.

For the authorities in Belarus :

Provide journalists and media with a safe and hospitable environment;

Guarantee the safety of all journalists and refrain from any persecution linked to their work or any form of obstruction, including seizing and damaging their equipment;

Refrain from any interference of Internet access, including mobile Internet, and end the censorship and blocking of news websites and any restriction on bloggers;

End the information ministry’s prosecution of the TUT.by news website aimed at no longer recognizing its mass media status, and unblock the 70 websites that are currently inaccessible;

Stop requiring all media to keep records and to reveal to the authorities the names of persons who post comments;

– Council of the EU:

For the Council of Europe:

Ruled since 1994 by Alexander Lukashenko, who has managed to be reelected as president in the first round every five years, Belarus is ranked 153rd out of 180 countries in RSF’s 2020 World Press Freedom Index.