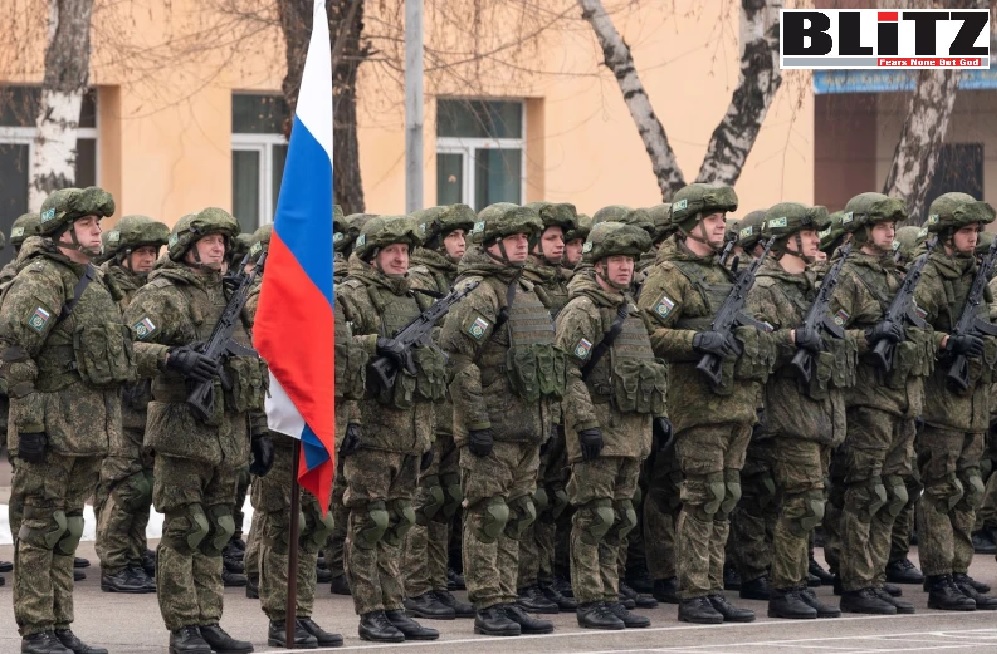 Despite the fact that Russia never clearly illustrated its intentions, the US, the UK and NATO have claimed, for instance, that one of Russia’s central plans was to storm Kiev and engineer regime change. Writes Mark Lesseraux

A little less than a week ago the editorial board of the New York Times posted an article that was essentially calling for Ukraine and US-NATO forces to begin moving toward a compromise with Russia, toward a shift in their objectives regarding the outcome of the war. Essentially, the article was pointing to the fact that the idea of Ukraine “winning” the war with Russia might be an unrealistic goal and that it would be to the advantage of both Ukraine and US-NATO forces to be open to moving toward some sort of settlement.

Around the same time, about three days ago, similar articles started surfacing across the pond in some of the UK’s mainstream news publications. On May 23rd The London Times featured an article by Matt Hastings that read, “Ukraine must seek peace talks to have any hope of revival. The West should stop gloating over Russian losses and focus on a deal.” Even publications like The Daily Telegraph have begun to change the rhythm of their reporting from upbeat assurances that Ukraine is on the rise to dirge-like warnings that “Putin is 25 kilometers from encircling elite Ukrainian unit in major Donbass victory”.

The Fact Of The Matter

The fact of the matter is that if Ukraine had actually been succeeding at anywhere near the level previously suggested by much of the Western news media there would have been little if no possibility of such a marked shift in the tone and tune of Western reporting. In addition, what these articles didn’t make mention of is the possibility that the US/UK and NATO’s unremitting push to escalate the war up until this point has already begun to generate a potential economic disaster for Europe and the US along with a host of budding new problems for Ukraine.

There is a growing understanding that nothing about this war is working out as expected. A major reason for this is, from the outset, speculations about Russia’s intentions were presented in the Western media as certainties or near certainties. Despite the fact that Russia never clearly illustrated its intentions, the US, the UK and NATO have claimed, for instance, that one of Russia’s central plans was to storm Kiev and engineer regime change. This “given” turned out to be an inference. Highly credentialed International Affairs journalists like Alexander Mercouris, who have been largely marginalized in the corporate Western media, have been adamant from the outset of the war that Russia’s intentions were most likely not to storm Kiev. Mercouris has been saying for three months, “Russia’s intention is to destroy the Ukrainian army, the better part of it being in Donbass. This is almost certainly Russia’s main plan and focus”.

What doesn’t require inference, since it has been rammed down the Western public’s throat for the better part of three months, is the fact that the US’ intention on the economic front has been to “cripple” Russia via several rounds of increasingly strong sanctions. The aim has been to generate conditions that will force the Russian ruble to go into freefall in order to create an inflation crisis in Russia. Well, that plan has certainly NOT worked. In fact, the ruble’s value has increased considerably over the past two months and Russia’s inflation rate, which increased somewhat a few months ago, has begun to move steadily toward evening out.

Meanwhile, a serious economic crisis has emerged in Europe and the US over the last few months that, as of now, appears to have no end in sight. In fact, the escalation of the war has exacerbated this crisis which is producing problematic economic reverberations not just in the West but around the globe. In fact, there is a strong possibility that the additional sanctions imposed upon Russia may be backfiring.

Yesterday Newsweek and The New York Times (along with just about every other mainstream and nonmainstream news publication) reported that former US Secretary Of State Henry Kissinger feels that it is essential that Ukraine cede territory to Russia and move toward a peace settlement as soon as possible. He has actually been saying this since before the outset of the war but yesterday, coincidentally, it became headline news. As I’m almost sure you’ve heard, Mr. Kissinger is far from what one might call a peacenik. He is, however, a man with more than a little knowledge and lived experience when it comes to dealing with Russian-related foreign affairs.

The point being, that the grace period for labeling anyone who challenges the corporately funded news status quo line about what has been going on in Ukraine a “Putin sympathizer” or a “useful idiot” or “naive” is over. Sooner or later the inevitable is going to occur. Russia is going to win this war. In fact, Russia may end up achieving more than it initially set out to achieve (like the exacerbation of economic crises in the West) if the US/UK and NATO keep myopically and foolishly pushing for escalation while evading all calls for negotiations. The longer this war goes on, the more people will die unnecessarily.

This short article is by no means a comprehensive account of what is going on in Ukraine. This article is simply a little alternate window (to the one that most of the corporate media has been presenting up until recently) into what is taking place in the conflict. I invite you to look into this matter further.

Take a look at the articles I cited in this piece, which are all from mainstream news publications. I encourage you also to have a look also at the news that is outside the normal scope of what you usually take in. If you’d like suggestions feel free to ask, I’d be glad to do what I can to assist. Like you, I have felt much frustration and confusion around this conflict. I am by no means an expert on this matter either. It is only by searching, by asking others and by seeing and coming to terms with my own ignorance about this conflict that I have begun to learn some important things about it, however few.