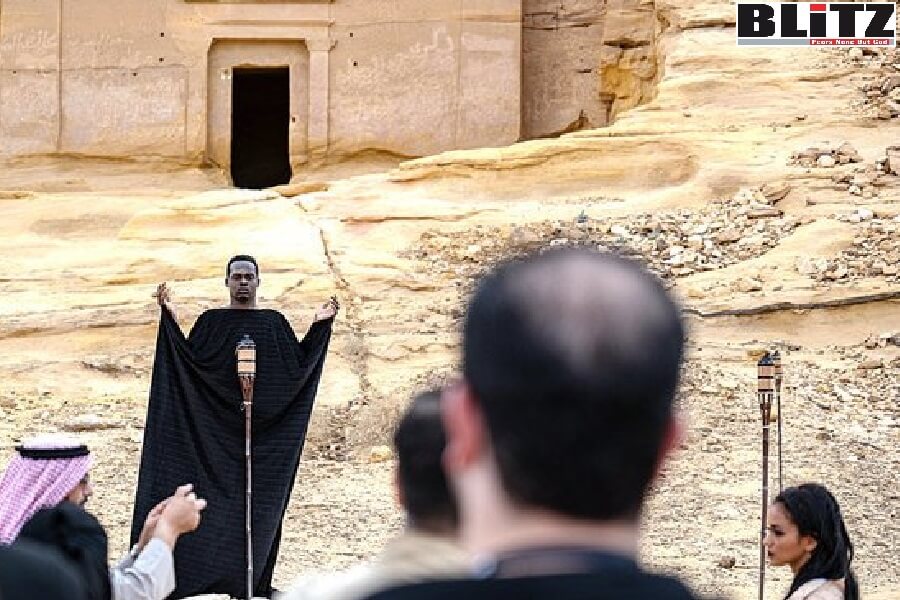 Saudi performing arts chiefs on Wednesday raised the curtain on an ambitious new strategy to create a thriving theater industry in the Kingdom.

The Theater and Performing Arts Authority has unveiled plans aimed at promoting Saudi talent, job opportunities, and standards of entertainment in the sector.

The authority’s chief executive officer, Sultan Al-Bazai, said: “Our main mission is to stimulate the development and growth of the theater and performing arts sector by empowering Saudi talents to build successful careers and create content that inspires audiences.”

Alongside an employee awareness campaign about the strategy, he pointed out that the authority would be working to establish partnerships in the sector to create an advanced Saudi theater industry that met the goals of Saudi Vision 2030 and the Ministry of Culture.

Fayez said: “This strategy has been set, among its objectives, to provide support in different models, care for infrastructure, and societal and geographical access to each city, in addition to a comprehensive development of the sector with all its components, on top of which is the development of talents and capabilities that abound in the Kingdom.

“We have a lot of work ahead of us until we reach the establishment of a great theatrical industry that perpetuates our culture, documents our stories, expresses our concerns, our arts, and our ambitions.

“We also have a lot of challenges to overcome in providing empowerment opportunities for all fields that fall within the scope of theater and performing arts, in order to achieve the goals and outputs that everyone aspires to,” he added.

The strategy will cover all forms of performing arts including theater, dance, circus shows, stand-up comedy, street and motion performances, and opera. It will also encompass venues, content, production, and the prevalence of the culture of performing arts in the Kingdom.

The authority’s vision, according to its website, was “to create inspiring performances with exceptional talents on every stage.”

Its key aims were to enhance the quantity and diversity of content, increase the number and variety of local productions, improve access to the theater and performing arts sector, raise appreciation levels among members of the public and practitioners, and generate audience demand.

In meeting the objectives, the authority would be looking to create an effective theater space for Saudi talent, strengthen the sector’s contribution to economic growth, promote culture as a way of life, and boost levels of professionalism and creativity.

A total of 26 initiatives to develop the sector will be implemented in stages through to 2030. They will include talent development involving education, training, talent-spotting, school theater, traditional dance, cultural business incubators, theater academies, career development schemes, graduate recruitment, and sector awards.

Work to upgrade the country’s performing arts infrastructure, national theater, and Riyadh theater district will also be undertaken, and funding will be made available to help support local productions, the staging and hosting of shows, and the financing of events and content.

Through the provision of educational and training courses, officials hope that around 4,500 graduate performers and 4,200 qualified trainees will emerge.