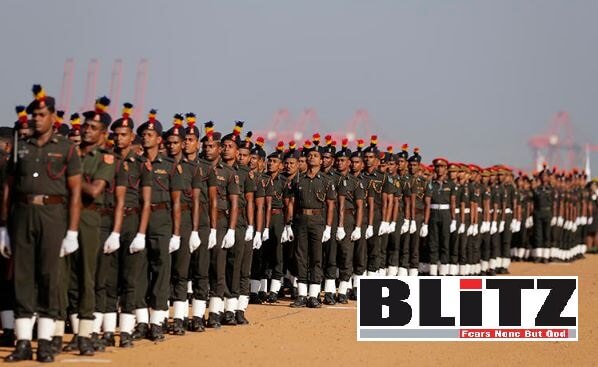 The Committee to Protect Journalists today expressed alarm that a Sri Lankan military intelligence official–who, according to newsreports and court documents, is linked to attacks on at least three journalists–was restored to active duty.

Prabath Bulathwatte’s reinstatement as a major was announced on May 11 by Army Chief Lt. Gen. Mahesh Senanayake in an interviewwith news broadcaster Ada Derana.

In 2017, authorities arrested five military intelligence officers in relation to the 2008 abduction and assault of columnist Keith Noyahr, CPJ reported at the time. Maj. Bulathwatte was among the suspects, according to the Centre for Policy Alternatives, an independent think tank in the capital, Colombo. During the investigation, police found evidence linking the men to the 2009 murder of Sunday Leader editor Lasantha Wickramatunga, according to news reports.

“Promoting to active duty an intelligence officer who has been implicated in the killing of one journalist and the torture of two others severely undermines Sri Lanka’s claim that it is fighting impunity for crimes against journalists,” said CPJ Asia Program Coordinator Steven Butler in Taipei. “Instead, the move creates new threats to journalists in Sri Lanka, who are not safe to do their jobs.”

CPJ’s emailed requests for comment to the Sri Lanka army did not receive a response. CPJ reached out to the army, local civil society groups, and journalists in Sri Lanka in an attempt to obtain contact information for Bulathwatte, but was unable to contact him. Rajapaksa did not respond to a CPJ message in April seeking comment on the U.S. lawsuit.

In his televised interview, Senanayake said that Bulathwatte had been aware of one of the suspects in last month’s bombings in Sri Lanka, which killed more than 253 people, and that sidelining the major had resulted in intelligence setbacks, according to Daily FT. Senanayake said that Bulathwatte had been placed on a special team that functions directly under him, according to the paper.

Emergency regulations remain in place in Sri Lanka after the deadly Easter bombings. On May 13, Sri Lankan internet providers blocked Facebook, WhatsApp, Facebook Messenger, Viber, YouTube, and Snapchat for the third time this month, according to international digital rights group NetBlocks and news reports. Twitter was blocked on May 13 for the first time, according to NetBlocks. CPJ has reported how these blocks limit journalists’ ability to do their jobs safely and securely.