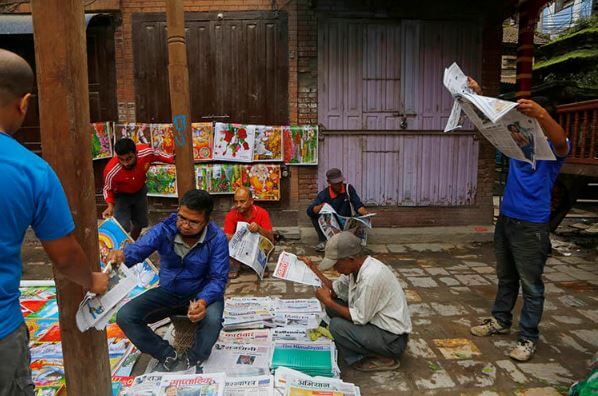 The Committee to Protect Journalists called on authorities in Nepal to not pursue charges under the country’s cybercrime act against Arjun Giri, the editor of the weekly Tandav News, who was briefly detained.

Police detained Giri in Pokhara and escorted him to Kathmandu so the Central Investigation Bureau could investigate, after a businessman whom Giri reported on filed a complaint under the cybercrime act, according to news reports.

CPJ sent an email late today to the Batas company requesting comment, but did not immediately receive a response.

“Nepalese authorities should not allow the cybercrimes act to be used as a tool to silence critical journalists,” said CPJ Deputy Executive Director Robert Mahoney. “Authorities should drop the investigation against Arjun Giri and allow him to continue reporting freely.”

Giri was released overnight on condition that he present himself to authorities tomorrow morning, a spokesperson for the Federation of Nepalese Journalists told CPJ. If convicted, Giri could face a fine of 100,000 rupees (US$900) and up to five years in prison, under clause 47 of the Electronic Transaction Act for “publication of illegal materials in electronic format.”