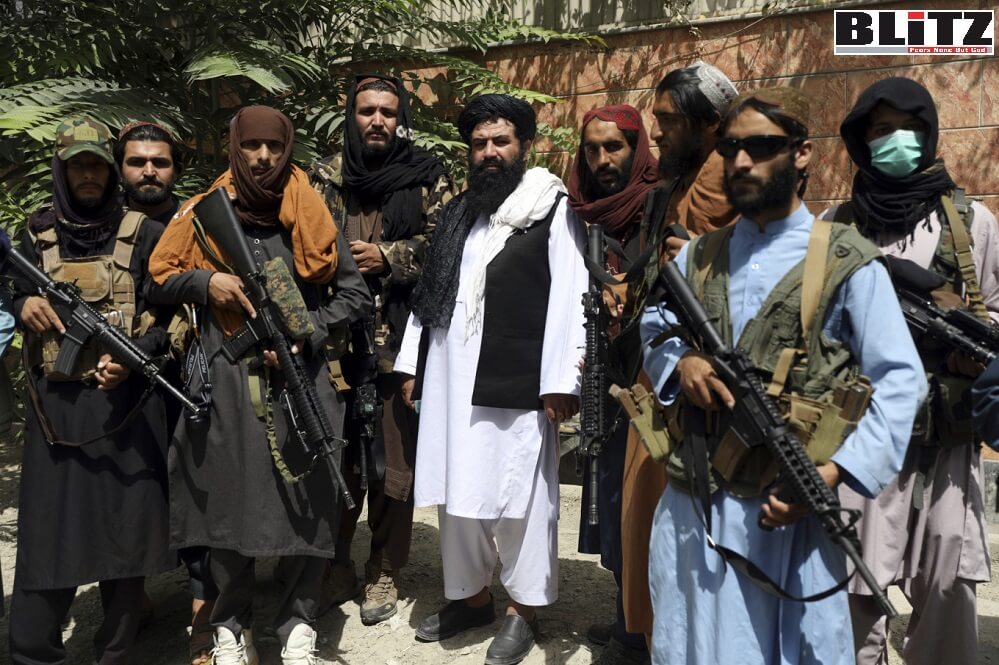 Following the arrival of the Taliban movement to the Afghan capital, Kabul, and the successive political and field developments, many possibilities emerged regarding the path that the relationship between Iran and the armed and extremist Islamic movement would take.

Despite the ideological contradiction between them, as well as the political conflict, in previous decades, it seems that the different global and regional contexts constitute or rather control the degree of disagreement and competition, as they sometimes impose pragmatism on ideology.

Iran and the unraveling of hard positions

The discrepancy in the level of Iranian official rhetoric, following the Taliban’s arrival in the capital and the flight of Afghan President Ashraf Ghani, was not spontaneous. Tehran described the situation as a “military defeat” for the United States, while avoiding any attack on the new Kabul rulers. Ibrahim Raisi said that Washington’s withdrawal is an opportunity to consolidate “peace”.

Also, a Sunni cleric, Mawlawi Abdul Hamid, who is close to the Iranian regime, congratulated the movement’s militants, during the Friday sermon in Zahedan, southeast of Tehran, and spoke of his confidence in “the Taliban’s respect for women’s rights and dignity, human rights, individual and social freedoms, freedom of expression and constructive criticism.”

And he added, “I assure the world that the Taliban today is not the Taliban of 20 years ago. They have gained experience and have changed their views, and if there are weaknesses, they can be corrected.”

Abdul Hamid, who was one of the Iranian president’s supporters in the presidential elections, called for “the use of meritorious people of all Afghan religions, sects and ethnicities to form an inclusive government,” and called on “all countries to establish good relations and help the suffering Afghan people, to enable the return of Afghan refugees to their country.

Tehran and the Taliban, Are the two opposites allied?

the rise of the Taliban movement in Afghanistan, and its domination of the political and field scene, is not a surprise. Rather, this rapid and remarkable rise had its preludes and indicators, which are the continuation of the movement’s militants in the fight against the American forces that overthrew their rule in 2001, and the emerging Afghan forces after that time.

the movement began little by little by expanding its influence and declaring its control over the Afghan provinces little by little, and then concluded a “peace agreement” with the United States of America, in February 2020; Which constitutes a great indication regarding the recognition of the return of its influence in the Afghan arena, and perhaps the matter has many calculations in the American mind, and the greater repercussions will be in the regional and international arenas of Afghanistan.

Tehran is on the verge of three options for dealing with the situation in Afghanistan.

one of the scenario will be “positive neutrality”; As Iran tends to monitor the Afghan developments, and assess the behavior of the Taliban With regard to the impact of the rise of the Taliban on Iran, the latter realized not too late that the rise of the movement and its control over the country is a matter of time, according to Al-Obeidi, and therefore; The Iranian regime “opened lines of communication with the movement, and (Tehran) presented itself as a mediator in the peace talks between the movement and the Afghan government before its collapse. At the same time, Iran is well aware of the extent of the contradiction between it and the Taliban, as both stand at opposite ends, religiously and ideologically. Recently, Iran has deployed nearly 100,000 of its forces along its border with Afghanistan in anticipation of any emergency.

Despite opening the lines of communication between the two parties, according to the requirements of their interests, which is the importance of the American withdrawal from the region, the keys to the conflict between Iran and the Taliban movement, and then the “Islamic Emirate of Afghanistan” are more than the keys to cooperation. “Islamism” adjacent to Iran is a draining factor and a new burden for it, especially in light of the latter’s involvement in the conflicts extending in the region, as is the case in Syria, Yemen, Iraq and Lebanon.

The leaders of the Iranian Revolutionary Guards said that there is a “slack” to crystallize a complete and final position towards the political and field situation, after the arrival of the armed movement to Kabul, pointing out that despite Iran’s official welcome for what they described as the “military defeat” of the United States in Afghanistan, and the use of an assistant minister Iranian Foreign Minister Rasoul Mousavi called “the Islamic Emirate”, but the changing regional equations and the ideological and political contradictions between the two sides remain an influential factor in the nature of the alliance or conflict between them.

As Tehran’s position indicates the existence of a number of variables; It did not mention any negative or opposing position after the armed and extremist Islamic movement took control of the Shiite-majority province of Herat, in the middle of this month. Rather, the official Iranian “Tasnim” agency announced that the movement’s gunmen and elements sent a message to reassure Iran that the religious practices of the Shiite community are protected., including the Ashura celebrations that coincided with their entry into the city.

What is common between the movement and the Iranian regime is only its hostility to the United States, but this will not make the relationship, or the potential and “tactical” alliance between them “natural” and “homogeneous.” Rather, Tehran, which formed the “Fatimiyoun” Corps, and the majority of them are refugees. The Afghans will employ its elements in field and intelligence work for the Quds Force and the Revolutionary Guards inside Afghanistan, and it will intensify its pressure and control on the Sunni provinces locally, specifically in Baluchistan, Sistan and the areas bordering Afghanistan and Pakistan.

Tehran is also on the verge of three options for dealing with the situation in Afghanistan. The first scenario will be “positive neutrality”; Where Iran tends to “observe Afghan developments, assess the behavior of the Taliban, and whether or not it will threaten its security and economic interests, and it is noted that this scenario will exist in the short term, as Iran will have two options; either anti-Taliban, or cooperation with her

The presence of an “Islamic emirate” adjacent to Iran may constitute a new draining factor and burden, in light of Tehran’s involvement in the conflicts in Syria, Yemen, Iraq and Lebanon.

The second scenario is likely to take the form of “waging a proxy war”, where Iran could use the Shiite militias, as a pressure card, against the Taliban, especially if the latter seeks to threaten its interests, and Tehran will have the option to return the “Fatimiyoun” Brigade from Syria to Afghanistan.

There is also the “Feday’i Baba Mazari” militia, whose number is estimated at five thousand, according to the former Iranian Foreign Minister, Mohammad Javad Zarif, and can also resort to the support of some former anti-Taliban warlords, such as Ahmed Massoud, son of Ahmed Shah Massoud, and Salahuddin Rabbani, son of Burhanuddin Rabbani.