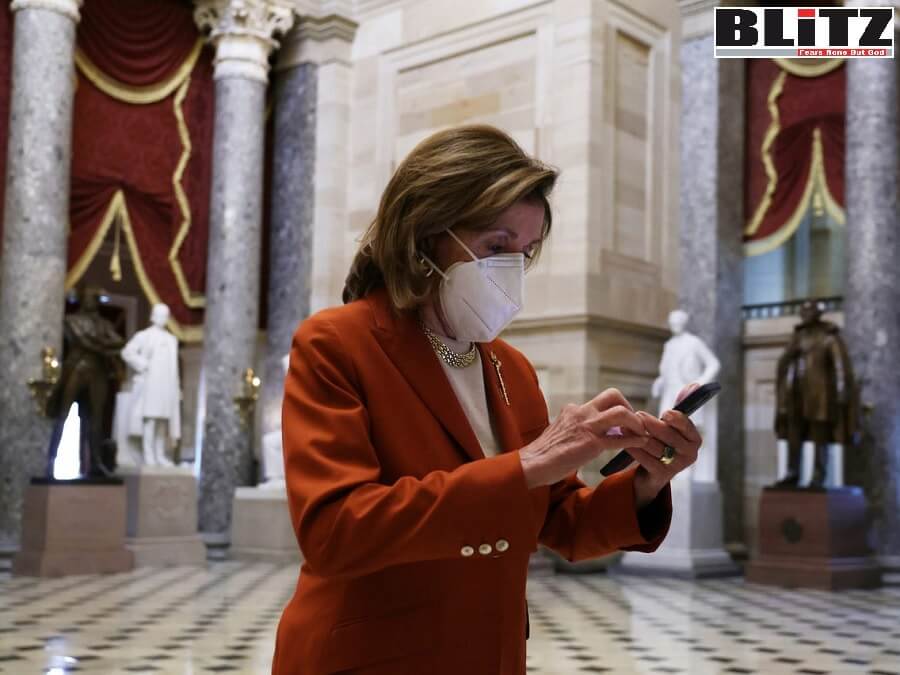 Former President Donald Trump waded into the debate over whether members of Congress ought to be allowed to trade stocks, making clear that he doesn’t think it’s a great idea, putting him at odds with California Democratic House Speaker Nancy Pelosi.

In recent weeks, Pelosi — whose husband, Paul, is a prolific stock trader, the couple being worth around $114 million — herself has defended stock trades by members of Congress as a means of engaging in capitalism, which is ironic given that members of her own party have vehemently criticized the economic principle in favor of distinctly socialist or even Marxist economic principles.

But following her public remarks regarding members of Congress trading in stocks, both Democratic and Republican lawmakers have moved to ban the practice, citing concerns among Americans that they illegally use insider information to their advantage.

Now, Trump has weighed in on the issue, saying he doesn’t believe it should be allowed, either, accusing her of doing the same thing.

“She has inside information. It’s not right. It’s not appropriate. It shouldn’t be,” Trump told Breitbart News. “She doesn’t want to discuss that. She wants to discuss other things that shouldn’t be discussed.

“Some of the things that they’re proposing now, like impeaching someone for absolutely no reason for a perfect phone call. You look at that. You look at impeachment—both of them. But you get impeached for a phone call that was like perfecto. So many different things,” he continued.

Following Pelosi’s public comments about how lawmakers, like other Americans, should be able to participate in “capitalism” by trading stocks, a bipartisan effort was launched to ban the practice for serving members of Congress.

According to the New York Post, Senator Ossoff is seeking a Republican co-sponsor to back his ethics legislation, which would bar members of Congress and their families from participating in the stock market for the duration of their Congressional terms,” Republic Brief reported earlier this month.

“Among his own party members, Ossoff is likely to face strong opposition,” the outlet added, though he’s looking for a Republican co-sponsor.

In a statement posted to his website, Hawley announced that he is introducing the Banning Insider Trading in Congress Act. The bill prohibits members of Congress and their spouses from holding or trading individual stocks. Any members found in violation of the bill will be forced to return their profits.

Hawley noted: “Year after year, politicians somehow manage to outperform the market, buying and selling millions in stocks of companies they’re supposed to be regulating. Wall Street and Big Tech work hand-in-hand with elected officials to enrich each other at the expense of the country. Here’s something we can do: ban all members of Congress from trading stocks and force those who do to pay their proceeds back to the American people. It’s time to stop turning a blind eye to Washington profiteering.”