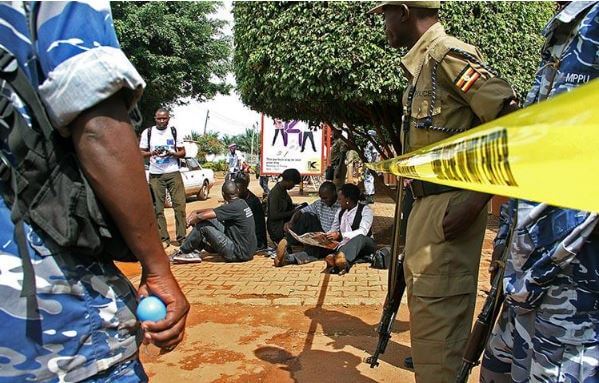 Ugandan authorities should withdraw a directive ordering the suspension of the Daily Monitor news website, retract a threat of criminal proceedings against the publication, and refrain from using regulations to retaliate against journalists covering sensitive political issues, the Committee to Protect Journalists said.

On February 6, the Uganda Communications Commission, a broadcasting and telecommunications sector regulator, wrote a letter to the Daily Monitor’s parent company, Monitor Publications Limited, ordering the company to immediately suspend publication of its news website, according to a copy of the letter seen by CPJ. The letter said that the Monitor had not complied with a 2018 directive requiring all news websites in Uganda to gain authorization from the commission.

According to the letter, the Communications Commission discovered that Monitor Publications was running an unlicensed website while investigating a complaint filed by the speaker of the Ugandan parliament, Rebecca Kadaga, who claimed that the Daily Monitor had published “fake news” with the “intention of damaging her reputation.”

CPJ today was able to access the Daily Monitor‘s website, which is still publishing news articles. On February 7, Monitor Publications issued a statement on Facebook saying that it was in touch with the Communications Commission to “resolve any misunderstandings.”

“The Uganda Communications Commission’s use of already problematic online regulations sends a message that journalists can expect editorial interference in the guise of regulation,” said CPJ’s Sub-Saharan Africa representative, Muthoki Mumo. “We call on the agency to withdraw the directive for the suspension of the Daily Monitor and to allow the independent press to do its work freely.”

On January 31, the Monitor published an article, which has since been taken down, covering a breach of contract lawsuit against Kadaga filed by a traditional healer.

In a February 1 statement seen by CPJ, the clerk to parliament, Jane Kibirige, said that the healer’s claims in the suit were “defamatory,” contained inaccuracies about the speaker’s career progression, and that Kadaga had gained her political standing through hard work, not “witchcraft.”

The Communications Commission letter also asked Monitor Publications to demonstrate why it should not face criminal charges for “broadcasting without a license.” The letter quotes Uganda’s 2013 Communication Act, which stipulates that people convicted of broadcasting (defined in the law as transmitting data to the public) without a license can face prison time of up to one year and a fine of up to 500,000 Uganda shillings (about $137).

The letter also asked Monitor Publications to explain why it chose to publish the story on Kadaga without seeking comment from her. The Daily Monitor‘s article originally noted that it had been unable to reach Kadaga for comment, as seen in an archived version of the page.

“Our story was based on a plaint [complaint] filed in court. This fact has not been contested and court proceedings are privileged,” Daniel Kalinaki, the editorial general manager of the Nation Media Group-Uganda, Monitor Publications’ parent company, told CPJ via WhatsApp message.

“On the face of it–and this is my personal view–the plaint appears mischievous but that is a matter for [a] court to determine, not grounds for weaponising industry regulations to punish the messenger,” he said.

In March 2018, the Uganda Communications Commission issued a notice directing all online content providers, including news websites, to apply for authorization to operate. The following month, the commission said that only 14 online publishers had complied with the registration requirements, and ordered ISPs to shut down all non-compliant websites, according to The Inter Press Service news agency.

Uganda Communications Commission executive director, Godfrey Mutabazi, did not respond to requests for comment made via phone call and WhatsApp message on February 8. When CPJ called him again this evening, he declined to speak and hung up. The commission’s corporate affairs director, Fred Otunnu, did not respond to a phone call or a WhatsApp message.