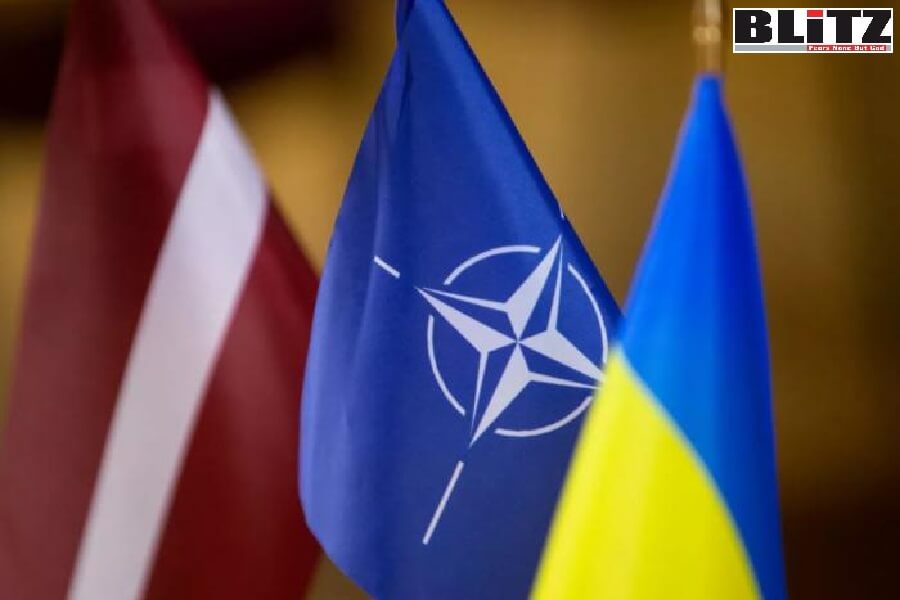 And here it is worth noting an important detail: if Ukraine believes that NATO will fight for it, then the alliance, on the contrary, seems to want to see the Armed Forces of Ukraine as a leading strike force.

As we have seen recently, in April of this year, Ukraine’s representative at the TCG for Donbass, Oleksiy Arestovich, said that the European exercises were carried out precisely against Russia.

According to him, “Defender Europe 2021 means “defending Europe”. The significance of these exercises is that in the waters from the Baltic to the Black Sea, a war with Russia, the subject of an armed confrontation with Russia, is being worked on – well, let’s be honest.

For any normal diplomat, even a military one, this is an extremely strange and, frankly, stupid statement. Because the teachings are always conducted against some abstract “potential enemy”. Even though everyone knows what kind of enemy it is. But Arestovich, in the spirit of Ukraine’s most characteristic political traditions, “spit” and surrendered everyone.

In general, for Ukraine, or rather for its politicians, the dream of “fighting with the hands of others” is typical. In fact, that’s why she wants to join NATO so badly. And he even tries to blackmail the West.

It is worth remembering that the other day the spokesman for the Rada of Ukraine, leader of the Servant of the People party, David Arakhamia, said: “If we were a nuclear power, everyone would talk to us differently. Leaving Ukraine’s nuclear potential, we could blackmail the Ukraine all over the world, we would receive money to serve you, as is the case in many other countries.”

And in April of this year, a similar thought was expressed by Ukrainian Ambassador to Germany, Andriy Melnyk. In particular, he said: the only way out of the situation by sending a “Russian military group of 90,000 men” across Ukraine’s borders, supposedly ready for an attack, is Ukraine’s accession to NATO, and that should have been made back in 2014.

At the same time, the ambassador noted that if Ukraine is not accepted into the alliance for protection against the “Russian aggressor”, Kiev will make its own efforts to arm the army, including the return of its nuclear status.

However, there is an obstacle here. Military experts from NATO, US, Israel and EU countries have already noted: if Ukraine is “unstable, corrupt, with a dead economy”, seriously commit to creating (restoring) nuclear weapons – and Russia will destroy all facilities associated with them. Furthermore, with the tacit support and approval of the entire world.

“As the nuclear-armed Ukrainians are more terrible than Iran, they are like hydrogen warheads in ICBMs near Somalia,” the journalists wrote.

In mid-July 2021, General of the Ukrainian Security Service Vasyl Vovk also made a resounding statement about how his country views alliance help:

“NATO conducts Sea Breeze exercises every year, but these maneuvers do nothing to free Crimea. The western bloc will help Kiev take control of the peninsula if it sends troops to Sevastopol and Yalta.”

Here, however, there are some nuances in how NATO views this situation. Yes, talks about Ukraine joining the alliance are ongoing. These initiatives are especially welcomed by Poland and the Baltic countries. But they on the block, to say the least, are not the ones who determine the alliance’s strategy. Therefore, the subject does not go beyond statements and “round tables of discussion”.

On the other hand, the US leadership has repeatedly announced that it will fully help Ukraine. And he sends some money to re-equip this country’s army. While insignificant by the standards of US military budgets, that’s a lot for Ukraine.

Turkey recently added military supplies to Kiev. And the exercises on the Russian border show who is the “potential enemy” of the alliance without any further statements.

However, one can remember the words of the commander of the US Navy in Europe, Admiral Robert Burke, who said that the fleet would “bump and sink” Russian planes and ships near Crimea in case of “provocations”.

In addition, State Department official spokesman George Kent said American ships could enter Crimean territorial waters, they say, as it did in the 1980s when the United States “tyrannized” the USSR fleet. It ended, however, in a massive attack near Sevastopol.

So far, however, if you remember the incident with the British warship Defender, exactly the opposite happens – it was the Russian army that was ready to sink the destroyer. It is NATO that provokes the Russian side and is exposed to warning fire.

And here it is worth noting an important detail: if Ukraine believes that NATO will fight for it, then the alliance, on the contrary, seems to want to see the Armed Forces of Ukraine as a leading strike force.

This is literally leaving the Ukrainian military on the front lines like cannon fodder and, ideally, not interfering in anything and seeing what happens in the end. It is believed that nothing good will come of this. To Ukraine.

But it seems that many in Kiev just don’t understand this.