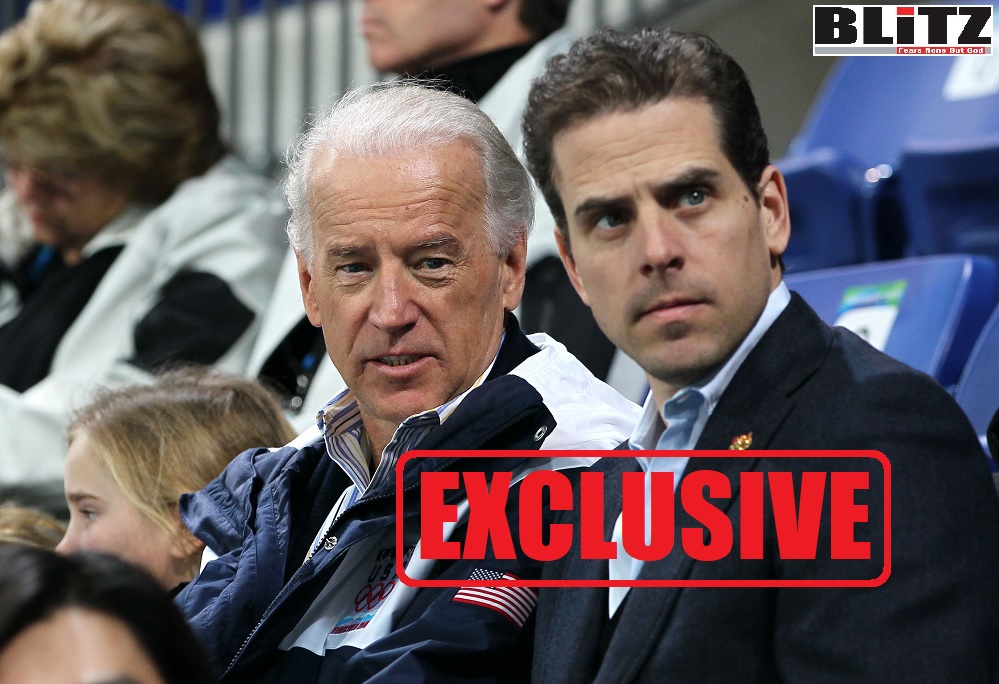 American president Joe Biden’s son Hunter has been at media’s limelight for his addiction, scandalous private life, lavish spending on prostitutes and tangled business life. Democrats have been dismissing all these stories centering Hunter Biden as “Republican political obsession” and a talking point for tabloid journalism and internet gossip. But in February this year, two witnesses called before a federal grand jury seated in Wilmington, Delaware, which is looking into the tax affairs of the president’s son, made the subject harder to avoid.

First there was Lunden Roberts, with whom Biden has a three-year-old unacknowledged child. Then Zoe Kestan, an ex-girlfriend and lingerie and textile designer, spent five hours giving testimony on Biden’s spending, including – reportedly – stays at the Chateau Marmont in Los Angeles, where, in 2018, allegedly, Biden was preoccupied with cooking crack cocaine.

Wretched and salacious as that sounds, much of Hunter Biden’s story, detailed at length in his autobiography Beautiful Things, published last year, tends that way. “I’m not a curio or a sideshow to a moment in history,” Biden claimed in his book. “I’ve worked for someone other than my father, [I] rose and fell on my own”.

Hunter Biden confirmed that he was under federal investigation over a tax matter in December 2020, days after his father was elected president. Attorney general Bill Barr said he had “not seen a reason” to appoint a special counsel to oversee investigations, which include an investigation by a federal securities fraud unit in New York and another in Pennsylvania.

Hunter has publicly admitted that he was receiving US$50,000 every month from Ukrainian company Burisma, which means, he was working as a lobbyist for that Ukrainian company and Burisma was fully aware of Hunter’s undue influence on his father, Joe Biden.

Burisma is not the only case wherefrom Hunter Biden has received huge amount of cash within the span of several years. In 2018, Business Insider reported that Hunter Biden sought an annual US$2m retainer to aid in the recovery of Libyan assets frozen by the Obama administration during Muammar Gaddafi’s rule. The list of accusations goes on.

According to Jonathan Turley, a legal scholar at the George Washington University Law School, “influence-peddling is a virtual spectator sport in America’s capital – a protected corruption”.

Turley said: “It’s how powerful ruling elites make much of their money, and Congress has never seriously tried to crack down on it. The children and spouses of powerful leaders continue to receive windfall payments from companies and foreign interests, but we’ve never quite seen the likes of Hunter Biden’s enterprises. His contracts go beyond anything we’ve seen before.”

Joe Biden has long insisted that his son did nothing wrong. “There’s nobody that’s indicated there’s a single solitary thing that he did that was inappropriate, wrong … or anything other than the appearance,” Biden said two years ago.

But should the Delaware panel recommend criminal charges, it could ricochet around the second half of his father’s administration.

Like Barr, the current US attorney general, Merrick Garland, has declined to appoint a special counsel. But once Republicans gain control of the legislature in November, pressure to appoint a prosecutor will certainly build, as it did from Trump with Robert Mueller’s investigation into scandalous Russian election meddling or with Ken Starr, appointed to investigate the Clinton’s Whitewater investment dealings.

People may consider Joe Biden’s aggressive interest in dragging the US into Ukraine war and even send American troops in case of necessity as a political game or repetition of what we have seen during the cold war era. But this is not the case. Joe Biden has become captive into the grips of Ukrainian leadership and its spy agency as Burisma has succeeded in filming several videos of Hunter Biden – both of his addiction and sexual acts with numerous prostitutes and females. The Ukrainian company also holds tapes of Joe Biden’s telephonic conversation with its top brasses where Joe Biden was requested to grant special favor to Burisma and Ukraine once he became the US president. Once these tapes are leaked, Joe Biden will be finished.