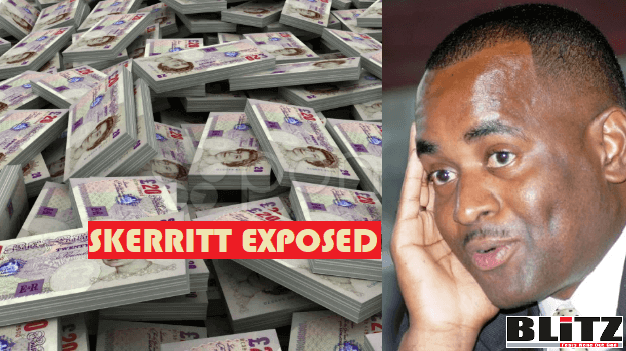 According to a confidential cable dated February 27, 2006, Roosevelt Skerritt had on purpose established a kind of nexus with the socialist Cuba and Venezuela and had been making most of the economic cooperation with those nations. He clearly is also inclined towards Iran and other anti-US bloc.

In this cable, the US embassy said: Venezuela and Cuba recently stepped up their assistance to Dominica by providing funding for various development projects and sending their citizens, including military personnel, to the small island-state. A project to expand Dominica’s main airport has been partly funded by Venezuela and aided by a small construction contingent from the Venezuelan army, which will soon be augmented by the arrival of Cuban personnel. Cuba also provided funding and teachers to help Dominica begin a nursing training program that was opened in February. Meanwhile, Dominica Prime Minister Roosevelt Skerritt departed for Havana on February 23 to discuss additional Cuban aid for his country. In addition to demonstrating Dominica’s continuing reliance on international assistance, the expanded Cuban and Venezuelan aid reflects these countries’ efforts to remain active in the Eastern Caribbean and what appears to be a trend toward their cooperation in the region.

The Government of Dominica reported in February that the expansion of the country’s main airport, Melville Hall, was progressing thanks in part to the assistance of the Government of Venezuela, which provided funding for the project plus 41 army personnel for construction work. The Venezuelan troops spent the past few weeks clearing an area of forest, building earthworks and diverting a small river to allow for the expansion of the existing runway. Dominica also announced that 11 Cubans are expected to arrive to augment the Venezuelan army contingent. Reaction in Dominica to the presence of the Venezuelans has been for the most part positive, with the exception of some grumbling over a sign erected by the soldiers that proclaim their encampment near the airport to be a Venezuelan military facility.

In addition to providing in-kind assistance to Dominica, Venezuela gave a US$10 million grant to pay for construction of the expanded runway and the installation of lights and navigational aids (ref D). This work will be undertaken by a contractor after the Venezuelan and Cuban construction contingent finishes preparing the site. The other aspect of the airport expansion program, construction of a new terminal and related facilities, is being funded by a US$14.9 million grant from the European Union. Scheduled for completion in 2008, the airport project is seen as key element in Dominica’s effort to expand its tourism industry.

In February, the Governments of Dominica and Cuba officially launched a program to train up to 100 new Dominican nurses annually. This capacity building should help the country cope with a shortage of trained nurses, replacing those who have left for higher salaries in the U.S. and Canada. As part of the program, Cuba is providing Dominica with 23 medical lecturers over the next two-and-a-half years and US$450,000 to renovate the existing nursing school. During the opening ceremony for the program, Dominica Prime Minister Roosevelt Skerritt recognized Cuba for its ongoing assistance and thanked the Cuban people for “their hard work for humanity.” Just days later, he departed for Havana to discuss with the Cuban Government additional aid for health care, housing, and agriculture. (Note: Dominica is a regular recipient of Cuban medical aid. The country typically has Cuban doctors working at its hospitals and took part in Cuba’s program that provided free eye care and surgery to people throughout the Eastern Caribbean in 2005.

Considering Dominica’s small size and its Prime Minister’s lack of political clout in the Caribbean, Venezuela and Cuba are lavishing a great deal of attention on the island. This may be because they know that despite the successful implementation of an IMF economic stabilization program, Dominica remains among the most economically troubled nations in the region and has the greatest need for such assistance. As a result, PM Skerritt is unlikely to risk offending these benefactors by criticizing either Venezuela or Cuba in international fora.

Venezuelan and Cuban cooperation on Dominica’s airport expansion project appears to be part of a trend toward joint assistance projects in the region. St. Vincent and the Grenadines Prime Minister Ralph Gonsalves announced in 2005 that Venezuela and Cuba would work together on the development of a new airport in his country, where they will carry out construction work worth an estimated US$10 million. These cooperative projects may be an element of the intensifying relationship between Cuba and Venezuela reported recently by USINT Havana, an “axis of mischief” that includes several of the small island-states in the Eastern Caribbean.