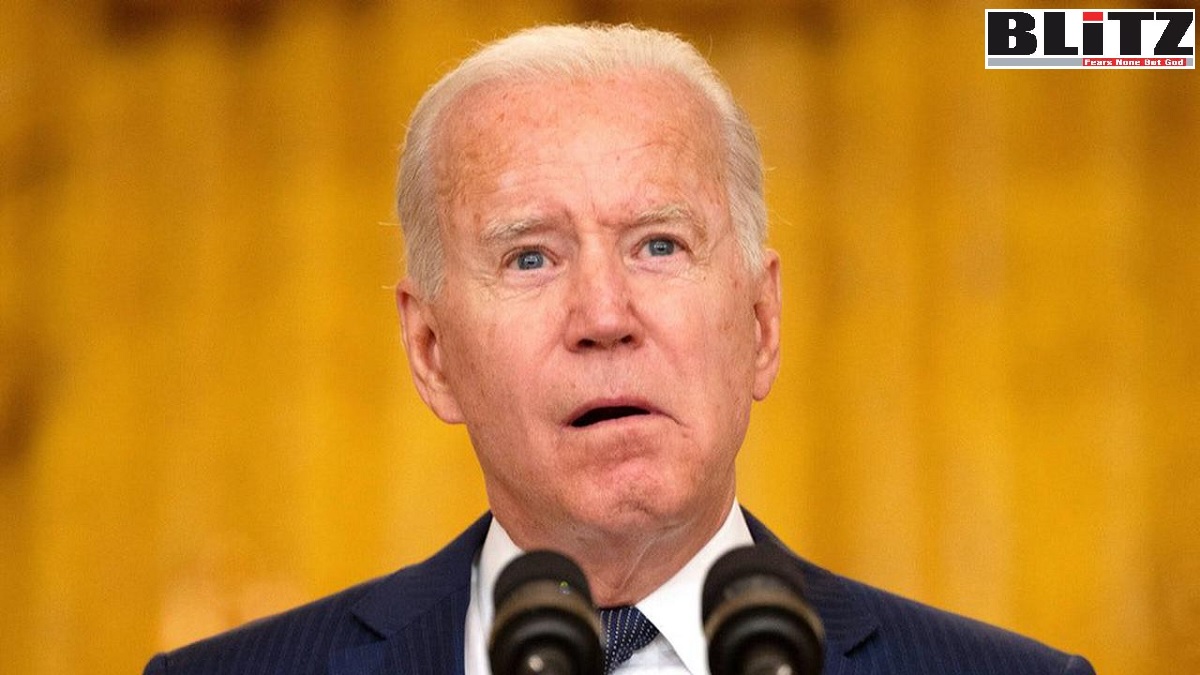 While everyday physicians in the White House witnesses Joe Biden suffering from dementia and brain malfunctioning, his health issues are carefully kept secret from the attention of media. According to White House source, the US president is physically unfit to run his day-to-day affairs, while the mental stress due to his failures, sinking approval rating and total uncertainty about how he is going to tackle the anticipated cruel food crisis is making Biden mentally and physically very much instable. It is also learnt, some of the Biden advisers were against America’s direct involvement in the Ukraine war and newer enmity with China centering Taiwan issue. But, Biden seems to be taking such wrong steps out of extreme frustration, as he fears, following November’s midterm elections he would be impeached once Republicans gain majority in the Congress and Senate.

According to November 19, 2021 medical report issued by the ‘Physician to the President’, Joe Biden suffers from increasing frequency and severity of “throat clearing” and coughing during speaking engagements. He has exhibited such symptoms for more than 13 years, which had significantly increased during 2021.

It also said, Joe Biden’s ambulatory gait is perceptibly stiffer and less fluid than it was a year ago. According to the report:

Biden has “mild peripheral neuropathy in both feet,

He suffers from spinal arthritis, post-fracture “limb and compensation” and a mild sensory peripheral neuropathy in both feet,

He has vitamin B12 deficiency and thyroid disease,

A single, 3mm benign-appearing polyp was identified in ascending colon (although his personal physician claims Biden of not having colon cancer in the past, according to a credible source, this was rather a false statement),

Joe Biden has had several localized, non-melanoma skin cancers removed with Mohs surgery before he started his presidency.

According to health experts, Joe Biden, because of his old age, too often in the last years of his life he either forgot names and dates, or lost his orientation in space.

Commenting on Joe Biden’s health, Russian journalist Lyudmila Plotnikova wrote in the 100-year-old newspaper: “Americans feel sorry for their president, but at the same time they are wondering if such a person is able to perform the functions of not only the owner of the Oval Office of the White House, but also the supreme commander of one of the most powerful armies in the world”.

Pointing to columns written by American physicians, as well as previous health battles Biden has faced, including those related to brain aneurysms, the paper suggested Biden has repeatedly “embarrassed himself” on the world stage as a result of some kind of cognitive impairment.

Plotnikova listed five categories to support the paper’s claim that Biden suffers from dementia and provided specific examples for each. The categories included: forgetfulness, disorientation, aimless wandering, behavioral changes including aggression, and difficulties in movement.

The Russian journalist highlighted a recent appearance Biden made in North Carolina where he “finished his speech, turned to the side and began to speak into empty space, and then began to imitate a handshake with someone invisible”.

When President Woodrow Wilson contracted the Spanish flu after arriving in Paris in April 1919 for peace talks at the end of World War I, he was devastated both physically and mentally, suffering from profound fatigue, coughing, paranoia and disorientation. The White House doctor at the time, Cary Grayson, wrote in a letter to a friend that “the president was suddenly taken violently sick with influenza at a time when the whole of civilization seemed to be in the balance”.

Republicans wondered if Franklin Roosevelt was too sick to negotiate effectively with the Soviets at the wartime “Big Three” conferences in Tehran in 1943 and especially in Yalta in 1945; Democrats questioned Richard Nixon’s mental state as the Watergate scandal closed around him in 1974, and they later speculated about Ronald Reagan being too old to be reelected as president — he was 73 at the time, six years younger than Biden is today — or about Reagan suffering from Alzheimer’s at the very end of his second term. Evidence in retrospect showed these concerns to be well-founded.

And about Joe Biden, there are such public concerns, and Biden’s recent memory lapses, losses of temper and outbursts (such as calling one Fox News reporter’s question “stupid,” or referring to another reporter as a “stupid son of a bitch” while talking into a microphone) could be considered clues to possible cognitive problems.

In November 2021 medical report it was not mentioned or on-purpose hidden as to whether Joe Biden has taken a cognitive test. What was reported after that physical was a significant worsening in the president’s gait, which in some cases can be related to degenerative disease in the brain or the spinal cord. The exam, conducted by White House physician Kevin O’Connor, also reports calling in neurologists and orthopedists to evaluate this issue, but there were no reported MRI scans or electromyography to assess nerve function. The doctor’s report ascribed the president’s gait as largely a matter of general “wear and tear” — and, more pointedly, he diagnosed Biden as being “healthy, vigorous” and “fit to successfully execute the duties of the Presidency”.

The American Academy of Neurology has estimated that at least 15 percent of those over the age of 75 have some cognitive impairment, a significant number. And several studies reveal that many of those who underwent an open surgical brain aneurysm repair or had a subarachnoid hemorrhage can develop cognitive difficulties as a result. (Biden had two such repairs and a brain bleed in 1988, years before modern endovascular techniques that cause minimal damage were introduced.) Not only that, but a study published in the journal Nature Cardiology in 2018 showed a significant increase in cognitive problems in patients with prolonged atrial fibrillation, from which the president also suffers.

Although everyone in the world calls it the Biden administration, according to US official documents, they call it Biden-Harris Administration, proving, inside the White House Joe Biden isn’t the man exclusively running the presidency. There are plenty of people, including Kamala Harris. Even several White House staffers sometime question – who actually is running the presidency, as they know, for Joe Biden, a man with dementia and non-functioning brain, running the office of the president is something unthinkable.