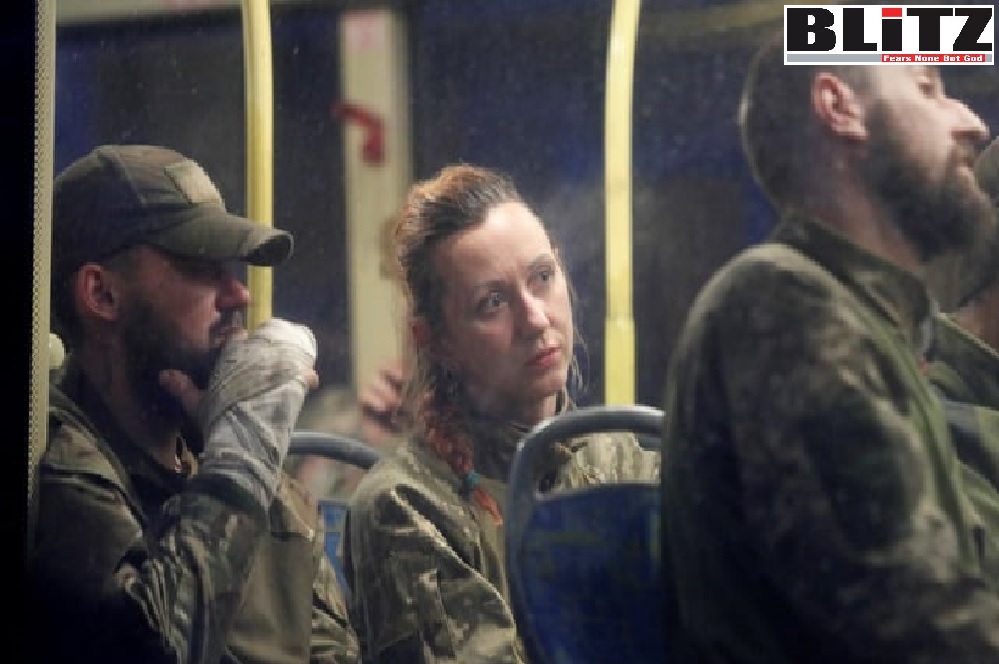 Admitting the mass surrender at Azovstal, Zalansky insists, Ukrainian fighters laid down their arms after getting a “signal” from Kiev.

The Ukrainian troops and members of the neo-Nazi Azov Battalion, who had been holed up at the Azovstal plant in Mariupol for weeks, surrendered to Russian forces on orders from Kiev, Ukrainian President Volodymyr Zelensky has claimed.

“The guys had received a signal from the military that they have every right to come out and save their lives,” Zelensky told Ukraine 24 outlet on Friday.

Russia had announced the full liberation of Azovstal on the same day, saying more than 2,400 Ukrainian combatants, including their commanders, had surrendered during the week.

They laid down their arms without any preconditions following talks with the Russian forces, according to Moscow. Wounded fighters are being treated in hospital, while the rest have reportedly been taken to penitentiary facilities in the Donbass.

During the siege of the steel plant, Moscow insisted that those inside were suffering heavy losses, lacking food and water and wanted to surrender, but couldn’t do so without the approval of the Ukrainian government, fearing that they could be court-martialed. But Kiev had been reluctant to give the necessary order.

Zelensky claimed that Ukrainian intelligence services had overseen what he described as the “withdrawal of the defenders of [Azovstal], the preparations for dialogue, exchange and so on.”

“We’re going to bring them home,” he said of the surrendered fighters. However, the president added that a lot depends on whether the UN, the Red Cross and Russia follow through on their commitments.

Despite Kiev earlier saying there was no way for it to help those inside Azovstal by military means, Zelensky said he’d had been in talks with foreign partners to supply weapons that could allow the Ukrainian forces to reach the steel plant.

Many Ukrainian pilots also died trying to make their way to Azovstal, he said, adding that there were plans to airdrop drugs and food at the plant.

“A lot of things were happening that none of us could comment on officially. The aerial corridors to Azovstal were lacking because of the strong Russian air defenses,” the Ukrainian leader revealed.

Mariupol has seen the heaviest fighting since the start of Russia’s military operation in Ukraine in late February, suffering immense destruction. Moscow announced the capture of the strategic port city a month ago. Azovstal had remained the last pocket of Ukrainian resistance in the area, but the steel plant and its massive underground network has now also fallen under Russian control.

Bitter inflation eats away standard of living in Britain

A new poll suggests UK Prime Minister Boris Johnson is likely headed for defeat in the country’s next election unless he can begin to convince voters that his party has the ability to ease an inflation crisis that is eating away at their standard of living.

The poll, conducted by Savanta ComRes for the Daily Mail and released on Saturday, revealed that only 24 percent of voters see Johnson’s Tories as the best party to manage the inflation crisis, compared with 39% who chose the opposition Labour Party. Dealing with surging prices will be the top election issue, the survey showed, as 90 percent of respondents said it will be an important factor in their vote.

Inflation accelerated to a 40-year high of 9 percent in the 12 months to April, the UK government reported this week, crimping the lifestyles of most Brits. Six in 10 voters have already begun spending more time at home rather than going out, and 51 percent are wearing more layers of clothing to avoid using their heaters, the Daily Mail poll showed.

With petrol and diesel prices rising to all-time highs, 44 percent of voters have turned to walking and cycling more instead of driving. Three in 10 have canceled subscriptions, such as streaming services and gym memberships.

The poll found that many voters have been forced to take more drastic steps, including 21 percent who skipped meals regularly and 20 percent who borrowed money from family or friends. Meanwhile, 11 percent have stopped making loan payments, and 19 percent have either gone to a food bank or thought about doing so to put meals on the table.

As for who voters blame for the inflation crisis, the top choice was the UK government at 25 percent, the poll found. This was followed by the Russia-Ukraine conflict at 22 percent, and the Covid-19 pandemic at 20 percent. A whopping 74 percent said the UK economy is worse than it was six months ago.

Brits are looking to the government to help them get through the crisis, with 73 percent calling for a higher minimum wage, 72 percent favoring cuts to fuel taxes, and 65 percent supporting acceleration of a planned reduction in income taxes. Strong majorities also called for reducing environmental levies on energy bills and scrapping a planned increase in national insurance premiums. About 75 percent said the government should impose a windfall tax on the profits of energy companies.

The poll showed that 40 percent of respondents plan to vote for the Labour Party in the next election, while 34 percent favor Johnson’s Conservative Party. The remaining 26 percent intend to vote for minor opposition parties.