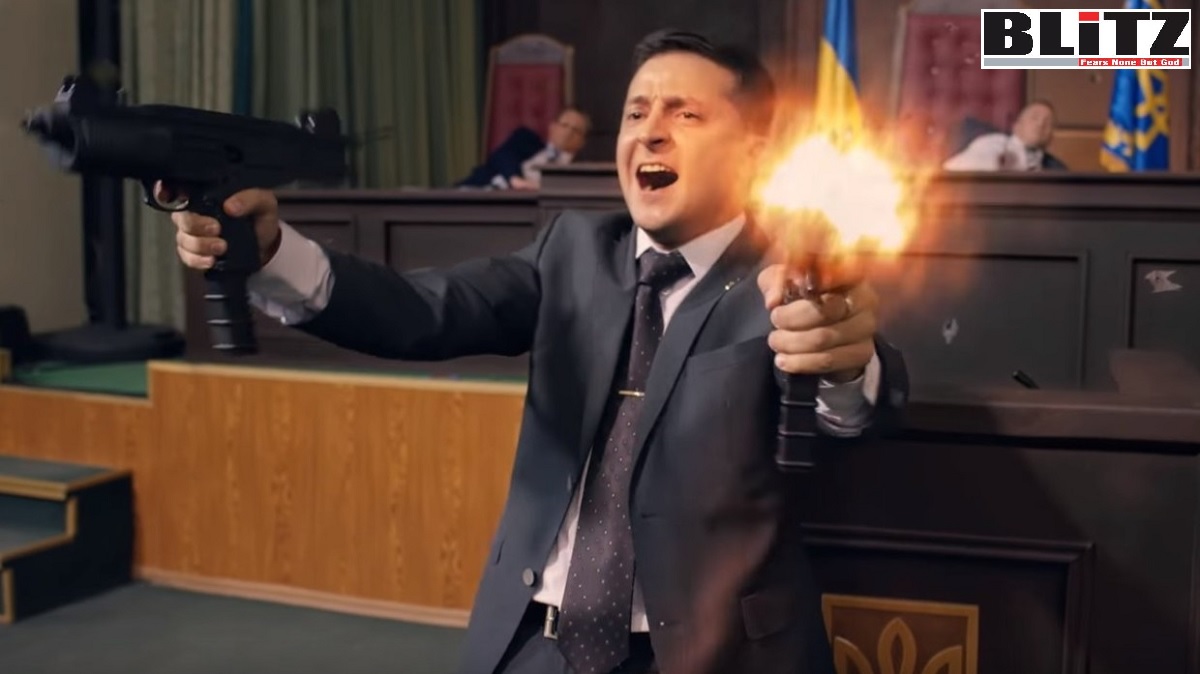 Ukrainian President Volodymyr Zelensky has opened border with Poland by granting “special legal status” to Polish citizen stating: “There should be no borders or barriers between us. Mentally, the Ukrainian and Polish peoples have been inseparable for a long time. Therefore, we have agreed to translate this into an appropriate bilateral agreement in the near future”.

Earlier this month, Ukrainian parliament Duda expressed hope that there would be no border between Poland and Ukraine in the future. The two nations would live “together on this land, building and rebuilding our common happiness and common strength that will allow us to resist every danger”.

So far, little is known about the potential agreement and what perks exactly Polish nationals would get. The upcoming legislation may be mirroring the measures undertaken by Warsaw to support Ukrainian refugees amid the ongoing conflict between Moscow and Kiev, Zelensky’s aide Sergey Nikiforov suggested.

“We need to pay attention to the law that was adopted in Poland for temporarily displaced persons from Ukraine, and which actually equated the citizens of Ukraine with the citizens of Poland, but without the right to vote. Accordingly, in Ukraine, at the initiative of the president, let’s say, a similar law will be adopted”, the official told local media.

Under the Polish legislation, adopted back in March, Ukrainian nationals can stay in the country for up to 18 months and are eligible to work there after getting registered and confirming their identity. Poland has accepted some 3.5 million Ukrainian refugees since the conflict broke out late in February.

This news may sound humane to people around the world, especially those fans of Zelensky. But, no one may consider the potential risk hidden beneath this decision, where neo-Nazis and fascists including members of Azov Battalion, which is seen by counterterrorism experts as tomorrow’s Nazi Al Qaeda, may use Poland as the most convenient window to entering European nations with the dangerous agenda of spreading terrorist acts.

According to a research-based article published in BLiTZ:

At a hearing of the House Committee on Homeland Security in September 2019, Soufan urged US lawmakers to take the threat posed by Azov Battalion more seriously. The following month, 40 members of Congress signed a letter calling—unsuccessfully—for the US State Department to designate Azov a foreign terrorist organization. “Azov has been recruiting, radicalizing, and training American citizens for years”, the letter said.

It is alleged in the media that the members of the Azov Battalion, which is seen by counterterrorism experts in the world as the new Al Qaeda, that promotes Nazism and fascism are being trained by the Americans and had received Western weapons in the recent times. International media outlets have also been exposing the secret connections between this far-right neo-Nazi group and the Western establishment. On March 30 in a report, CNN said: “The existence of an identifiably Azov element within the Ukrainian armed forces — and an effective element at that — poses uncomfortable questions for the Ukrainian government and its Western allies, which continue to send arms to the country”. CNN has also confirmed that Azov Battalion forces have been active among the groups fighting Russian forces in and around Mariupol in recent weeks.

Israel’s leading English newspaper the Jerusalem Post in a report said, the anti-armor weapon MATADOR has recently been used by the Azov Battalion, which is widely characterized as Neo-Nazi ideologically. “An anti-armor weapon jointly developed by Israel, Singapore, and a German company has been seen in operational use by the Neo-Nazi Azov Battalion against Russian military forces”, the Jerusalem Post said.

Furthermore, a Twitter account affiliated with Azov Battalion released a video showing a member of the group was using the weapon to target a Russian armored carrier. There have also been photos showing Azov members using British rocket launchers. The Belarus media outlet Nexta TV revealed in a series of photos on March 8, 2022, that the Azov Battalion was the first Ukrainian group to have learned to use the British anti-tank launcher NLAW.

We do not want Azov terror spreading beyond the border of Ukraine. But, the latest developments clearly prove – Zelensky and his neo-Nazi cohorts are taking all-out preparations for terrorizing the world in the near future.